Pointe du Hoc is a clifftop location on the coast of Normandy in northern France. It lies 4 miles west of Omaha Beach, and stands on 100 ft tall cliffs overlooking the sea. It was a point of attack by the United States Army Ranger Assault Group during Operation Overlord in World War II. It was here the Germans had built, as part of the Atlantic Wall, six casemates to house a battery of captured French 155mm guns. With Pointe Du Hoc situated between Utah Beach to the west and Omaha Beach to the east, these guns threatened Allied landings on both beaches, risking heavy casualties in the landing forces. Although there were several bombardments from the air and by naval guns, intelligence reports assumed that the fortifications were too strong, and would also require attack by ground forces. The U.S. 2nd Ranger Battalion was therefore given the task of destroying the strongpoint early on D-Day. 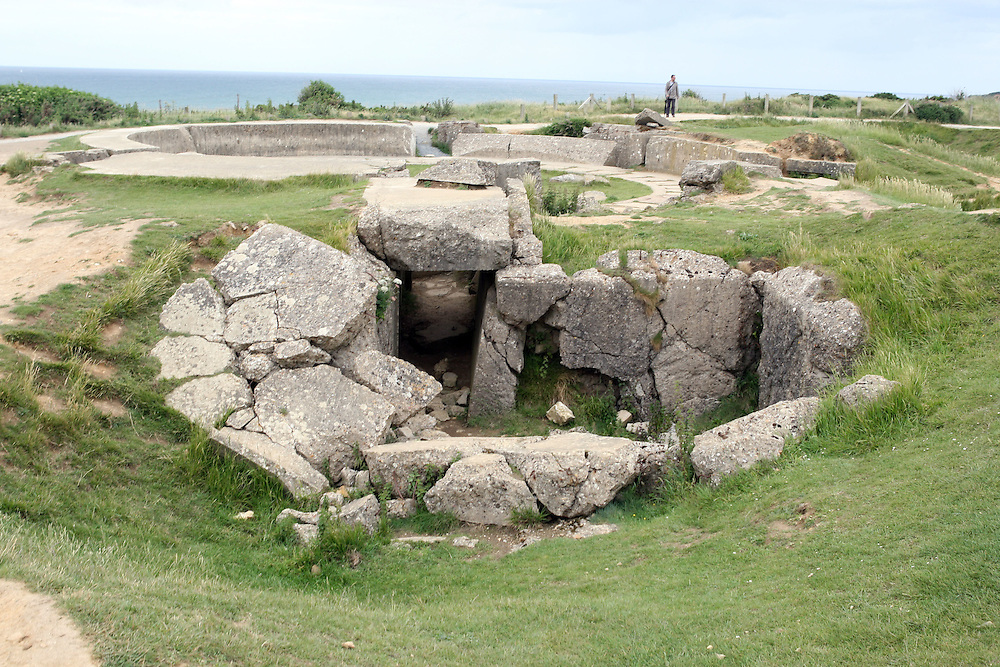