Omaha Beach is the code name for one of the five sectors of the Allied invasion of German-occupied France in the Normandy landings on 6 June 1944, during World War II. The beach is located on the coast of Normandy, France, facing the English Channel, and is 5 miles (8 km) long, from east of Sainte-Honorine-des-Pertes to west of Vierville-sur-Mer on the right bank of the Douve River estuary. Landings here were necessary in order to link up the British landings to the east at Gold Beach with the American landing to the west at Utah Beach, thus providing a continuous lodgement on the Normandy coast of the Bay of the Seine. Taking Omaha was to be the responsibility of United States Army troops, with sea transport provided by the U.S. Navy and elements of the Royal Navy. 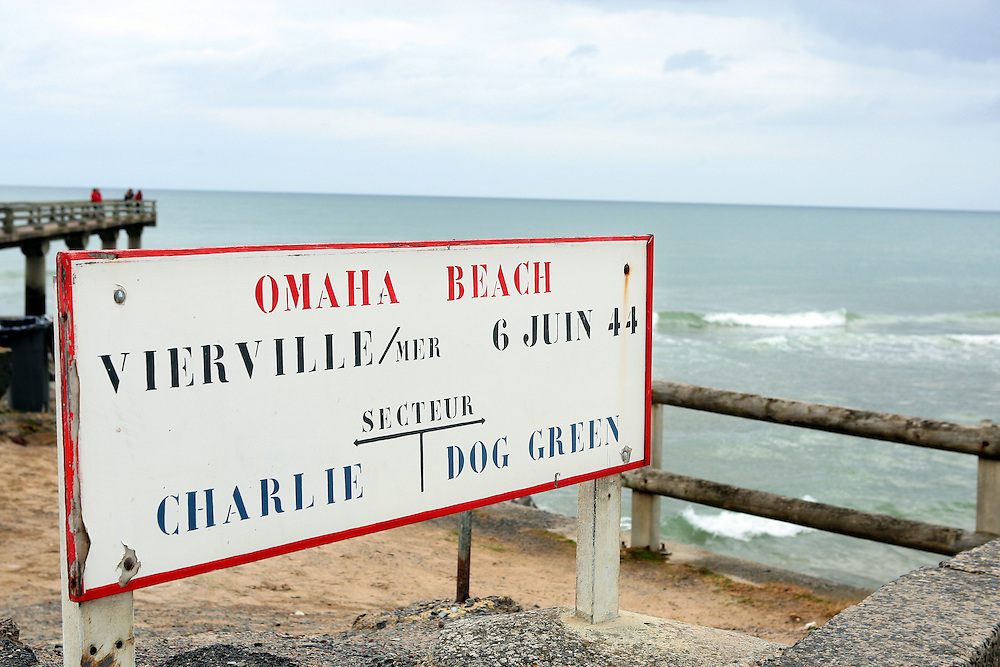